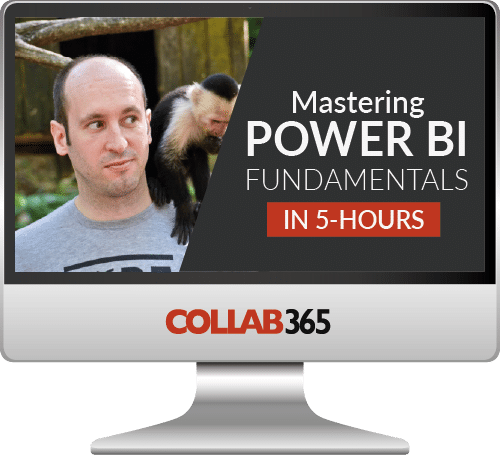 This Workshop is ideal for anyone who wants to get more productive with Power BI.

In the Dotlight; with Julian Pace Ross from Altaro Software 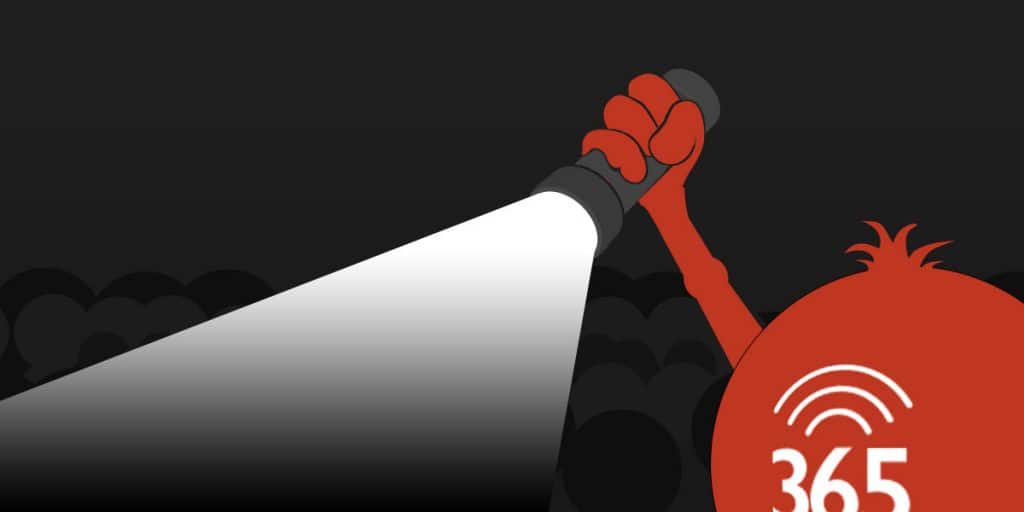 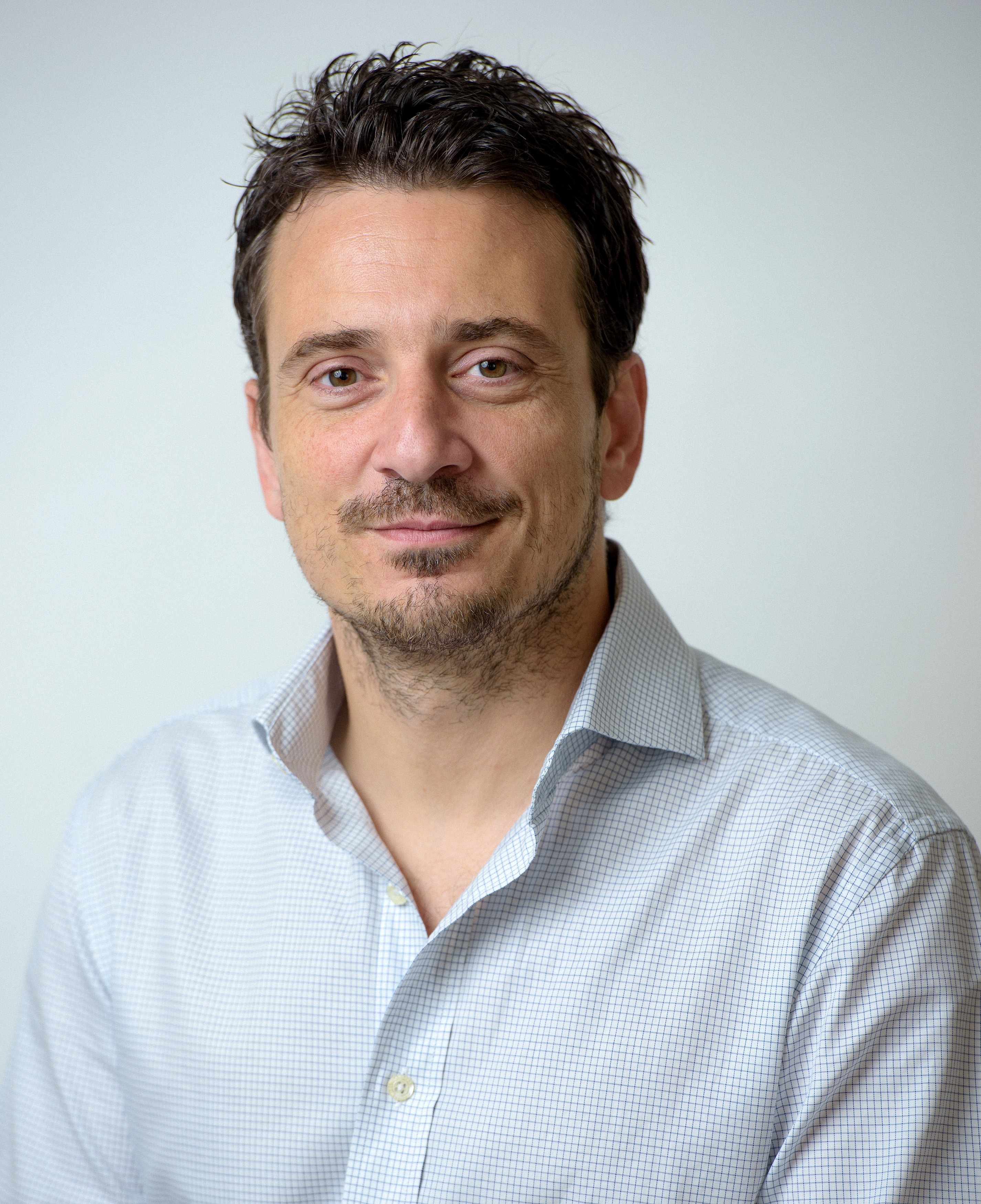 Q1. Which country do you live in?

I live in Malta, Europe, where I was born and bred.

Q2. How do you help out in the community?

Founding and growing Altaro over the years has presented us with many challenges and pitfalls. Through this experience, I feel I can help budding entrepreneurs and start-ups avoid the same pitfalls – it’s very much a process of give and take, as while sharing my knowledge, I also always learn something new. It’s a great dynamic, and very motivating too.

Q3. Tell us a bit about what and where you spend your working days doing?

As Chief Technical Officer, my role is mainly centered on getting prototypes and new features off the ground.

I adopt an in-depth focus and take deep dives into projects and issues. I dig into the nuts and bolts of a problem. I get fully absorbed into the projects I am working on, and tend to work best on my own, be it at the office or ruminating over stuff at home, even at night.

I love the challenge of building a prototype, of getting something to work for the first time. That’s followed by the satisfaction of seeing the initial output then polished into a product.

Q4. How did you get into working with Microsoft technologies?

I was 10 years old when my parents bought our first computer. It was an Amstrad and I had MS-DOS on floppy disks. I’ve kind of grown up with Windows; I’ve installed and used every single version of Windows that existed.

Q5. Where’s the last place you traveled more than 300 miles to?

The UK. According to Google, London is 1,294 miles away from Malta.

I have to say it’s how Altaro has developed from our humble beginnings as four co-founders in 2009 to the global family it has become today, with more than 100 employees.

We took a leap of faith back then to leave well-established careers to invest our personal savings, our different areas of expertise, and truckloads of time and effort to make bring Altaro to life and make it successful.

That still drives us forward today: our desire to satisfy the 50,000+ businesses that are now our customers in 100+ countries worldwide, while continuing our growth, hand in hand with the 10,000+ VARS, resellers, IT consultants and Managed Service Providers who have partnered with us.

Q7. Name 3 cool things about a product/service that your company offers?

As its name suggests, Altaro Office 365 Backup is a backup and recovery solution for companies using Office 365.

Office 365 was built as a productivity, collaboration and communication tool but not as a data protection solution – so we built a product to satisfy that need and set Office 365 users’ minds at rest should they suffer some kind of data loss or damage.

We also developed a version (Altaro Office 365 Backup for MSPs) enabling Managed Service Providers to offer this service to their customers. Three cool things about it include:

Don’t forget to back up your users’ mailboxes and mail info such as contacts, attachments, and so on. And don’t forget to back up your files stored in SharePoint and OneDrive. You are responsible for your data and it is up to you to keep a secure backup. It sounds basic but there’s often a sense of false security when using cloud services. Many people overlook this – until such time that a user inadvertently or wilfully wipes out precious company data or some other mishap occurs, and you have no backups to recover that data from.

Customer usage and feedback is key to us here at Altaro. We decided to provide them with the means to back up their SharePoint files based on what we could tell from our data. Organizations are using SharePoint – whether they love it or hate it, it’s central to their operations. I think that will remain the case for a good while yet.

My favourite book has to be Code Complete, an enduring bestseller written by Steve McConnell and published by Microsoft Press. It’s a classic, a software construction bible.

One of my favourite tools is SysInternals Procmon developed by Mark Russinovich, who has formed part of Microsoft since it acquired his company in 2006. Procmon has stood the test of time. It allows you to really get down deep and troubleshoot exactly what a process is doing – right down to the nitty-gritty. You get an under the hood view of what a program is connected to in the registry, what files it is touching, what API calls it is making, and so on.

Q10. If you didn’t have a career in Microsoft technology what else would LOVE to do?

My first passion was genetic engineering – I studied chemistry and biology, with electives in biotechnology. As there were few opportunities in that sphere at the time, I shifted to studying electrical engineering and over the years I gravitated towards information and computer technology, an area I’ve always felt at home with. I don’t regret that decision one bit, but I sometimes do wonder what would have happened had I stuck with biotechnology.

Q11. Do you think Microsoft Teams will become THE staff dashboard of the future?

I definitely think that’s the direction the Office365 team is heading. At Altaro, we were early adopters of Teams, coming from Slack.

I would compare Teams to the Apple ecosystem, where integration is seamless, without silos. Teams will be the lynchpin for most Office 365 services – it has integrations for Planner, for wiki, for writing documentation. It links into SharePoint, OneDrive files, chats, and connectors for hundreds of third parties. It also has gifs, which is cool.

Q12. How would you describe what you do as a job to a classroom of children?

I look forward to doing this at my children’s schools! I’ll explain how we create products to help businesses so that if they lose some important electronic information, our products can help them find it fast and easily. That way, they can carry on working as normal, even if the places where they store their information are hit by a storm, flooding, or fire.

Q13. Which do you prefer (and why) Slack or Teams?

Slack is a very clean, very good product. It is well established and deservedly so. Yet, it is primarily a standalone product, despite its many third-party integrations. That’s the mindset there.

When it comes to Teams, Microsoft owns the ecosystem that Teams forms part of. Teams was built from the ground up as part of the overall vision of connectivity. The experience is therefore fluid as it meshes with the rest of the products, rather than being an extra or add-on. This is the key benefit Team brings and why we moved to it. 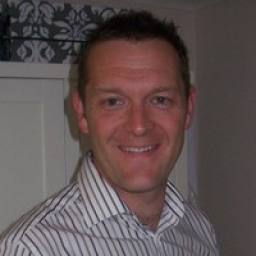 I work in Collab365 as Product and Operations manager. My focus is on Community Sponsorship, our Collab365 Workshops, and our new 365ers platform where members will be able to learn together. 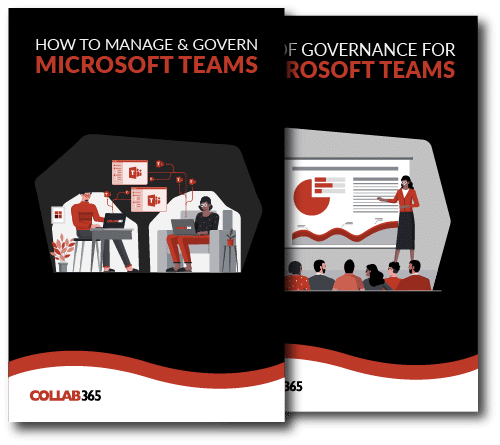