Where to find Microsoft 365 Beginner Resources

Hello there and welcome to the very first post in my Microsoft 365, 30-Day Challenge. My name’s Connor and I will be posting as often I can to document my progress!

At this point, I’ve had a good chat with Mark & Fraser (who have set me the challenge) and I think I have a good grasp of the application they’d like me to build by the end of 30-days. I am feeling a little daunted and also very excited.

Anyway, lets get started with what I did today…

Creating an application using Microsoft products obviously requires a fundamental knowledge of Microsoft 365 products! At this point, I have no prior knowledge in any of these applications or services, so am starting out completely from scratch.

At the time of joining, the team were already underway with GlobalCon2 (the latest of their virtual conferences). Luckily, one of the GlobalCon2 Warm-Up days was perfect me! It was called ‘GlobalCon2: Beginners Day‘ and after a quick glance of the agenda, I knew it would allow me to get a great insight into four of the services I needed to know in order to build the application that I’ve been set as part of the this challenge!​ Beginners Day Content

Each training session lasted for around 60-mins and covered the fundamentals and basics of each of the Microsoft 365 products.

After spending a good day watching and understanding their demonstrations, I was able to understand what each of these products are used for and when they should be used. I now felt confident that I could start tinkering with the different controls and menus in the apps to familiarise myself with the functionality that I needed to know.​

What is Power Apps?

It’s my understanding that Power Apps is a tool within the Microsoft 365 toolset that will allow me to design and create applications that need a User Interface (especially for mobile apps). I also learned that there are plenty of ways to integrate other Microsoft products and third-party platforms using something called ‘Connectors’.

As part of my challenge I have to create a Power App that will show the latest articles from the RSS Aggregator, so I know I need to spend much more time with Power Apps.

The Beginner day is now part of the GlobalCon2 All-Access Pass, but I’ve been allowed to add this awesome training in to help you learn what I have about Power Apps. You will love it! https://player.vimeo.com/video/420237215?portrait=1&title=1&color=fff&byline=1&autopause=0

What is Power Automate?

Power Automate appealed to me straight away after watching Matt Weston’s introductory session. Having learned the fundamentals and structure of game development in previous experience, I was able to assume what Power Automate would be useful for. Automation is used in games development to allow an object to automatically do a variety of tasks or “events” based upon a rule or “trigger”. My assumption was true after watching the introductory video. In Power Automate, you can setup a variety of events to happen based on specific triggers.

This is a simple automation where someone can create a new file in OneDrive (trigger) and Power Automate will automatically send an email when the trigger is activated. Pretty cool!

Following my Design Specification, this will come in extremely handy for allowing the app to ‘check’ for new RSS posts and add them to my SharePoint List.

What is Microsoft Teams?

From day 1 with Collaboris, I was introduced to Microsoft Teams as they use it for their daily ‘stand-up’ meetings, but didn’t really have any understanding as to what other functionality was possible. I was quickly able to make calls within our team and send private and group messages, however it was a real eye-opener after watching Ben Stegink’s session on Microsoft Teams. I now understand that Microsoft Teams is actually pretty powerful!

Not only can you chat and meet in it, Teams is an app that can host a vast range of Microsoft products inside of one UI. After a few weeks, I found myself working with Microsoft Teams daily (using Word to draft blog posts, creating and joining meetings from calendar invites and so on).

It quickly became the primary application I would open in the morning.

Back to my question, What is Microsoft Teams?

It would be impossible to talk about everything that Microsoft Teams can do, but if I had to… “Central hub for Microsoft 365 applications”.

What is Power BI?

Power BI looks intriguing and very useful for specific applications needing to display data in a graphical way. After watching Laura Graham-Brown’s session, I was able to pick up some useful tips and tricks and have an idea of how and when Power BI will be used. I would like to implement this program in my RSS Aggregator, but at present I will need to think about how I will make use of it.

But let’s not get ahead of myself. Being tasked with creating an app that uses all these apps (PowerApps, Power Automate, Teams and Power BI) can quickly become overwhelming. At this stage before I started trying to get creative, I need to brainstorm… 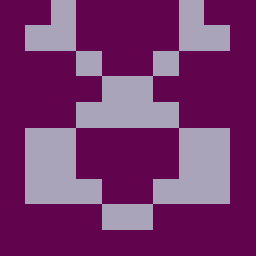 It's my ambition to learn and share my experiences with Microsoft 365 and the Power Platform, to provide a fantastic learning experience. I'm a keen videographer and also assist with daily operations at Collab365.